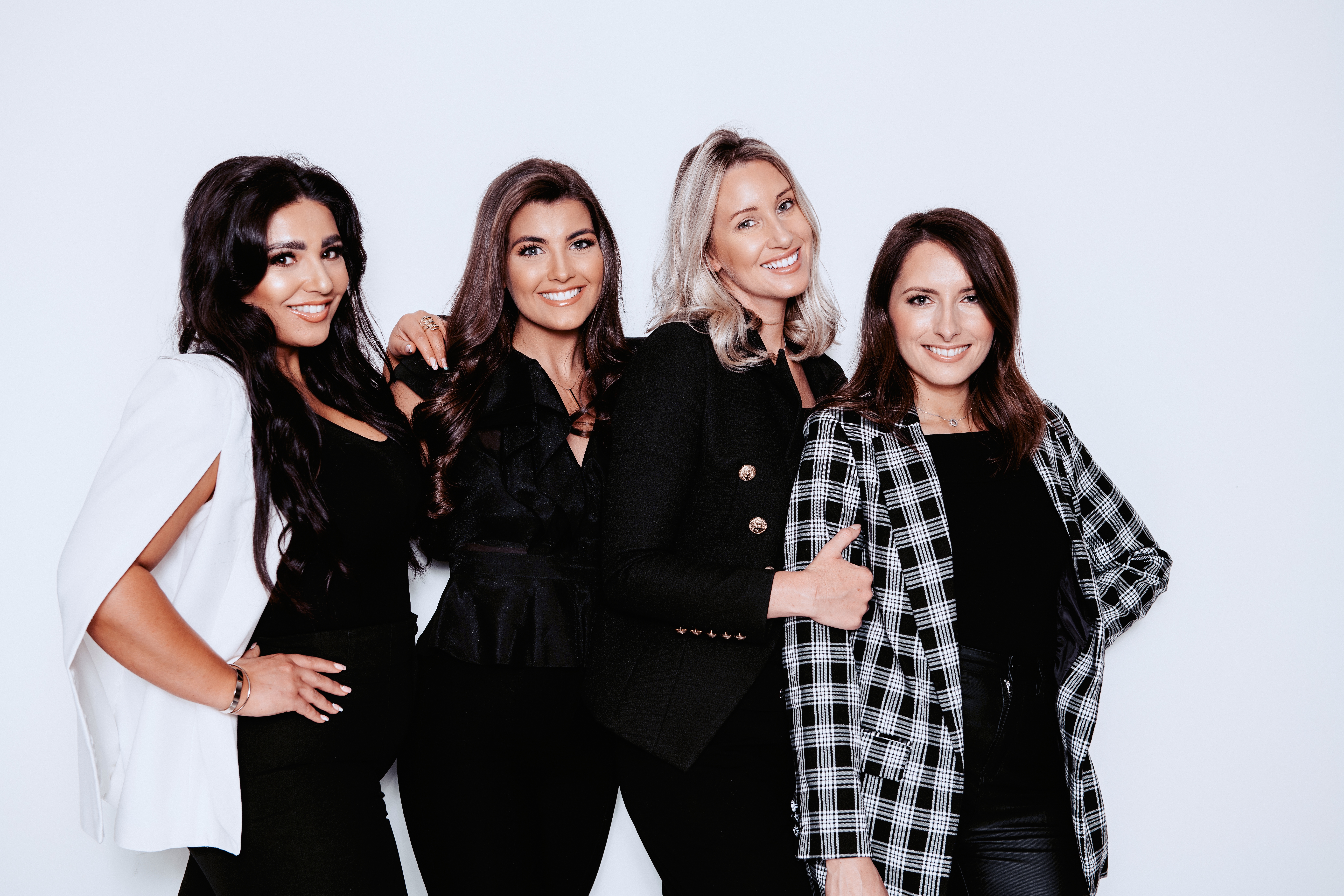 Based in a glittering (literally, full of sparkle) office in Culcheth, Warrington, the Pageant Girl® team co-ordinate the pageant finals for UK’s National Miss, Miss International UK, Miss Teen Great Britain, and the United Kingdom Galaxy Pageants. With over a decade of experience in the pageant industry, our team are dedicated to creating professional and memorable events.

Being a part of our organisation is about celebrating and empowering women, we recognise that all women are beautiful and one of the most fantastic qualities is when a girl is unapologetically herself. The Pageant Girl® motto is ‘Beautifully Inspiring.’ Since 2012, the Pageant Girl® competitions have raised over £500,000 for our chosen charities.

We are a friendly and relaxed organisation; many of our contestants have never competed in a pageant before but we ensure they feel completely comfortable at the grand final. Not all of the finalists can win the ultimate prize but our goal is to ensure that they all return home with great memories and new friends!

Holly was inspired by her own experiences in ‘pageant land,’ and she wanted to give more girls, and women, the opportunities that she had been afforded through pageantry. Holly works closely with all of the contestants and winners to ensure that they have an amazing year.

Holly was the first director of United Kingdom Galaxy Pageants and this launched in 2008. In 2010, Holly founded Miss Teen Great Britain, which has grown to become the leading pageant for teenagers in the UK. Holly was also awarded the UK National Director licence for Miss International in 2013. From 2011-2018, Holly was the UK national director for Miss Intercontinental, she also held the UK national director license for Miss Grand International from 2016-2019. In 2019, Holly launched the Miss Pageant Girl and Miss Teen Pageant Girl UK competitions.

In 2020, when the UK was in lockdown due to the Covid19 pandemic, Holly founded the UK’s National Miss pageant. After much consideration, Holly looked at what else could be brought to the pageant industry in the UK – and the competition was born. UK’s National Miss has all of the glamour of a pageant but with extra team-building activities & even more opportunities to make memories that will last a life time. There are 5 age divisions, for anyone aged 12+.

Holly’s passion for the industry is evident to everyone who meets her and this shows in the events that she organises.

Kelsey has worked with Pageant Girl® since April 2021 and her role is to co-ordinate the events – ensuring that they run like clockwork. Kelsey works closely with all of the pageant finalists and helps answer any questions they may have. One of her main roles in the office is bossing Holly around! She attends all of the grand finals and is always on hand to help the contestants in any way that she can. Kelsey is a firm favourite with the contestants and she works closely with Helaina, our Social Media and PR Guru!

Helaina joined the Pageant Girl team in the summer of 2021 and works on the PR for the events that we organise. She is constantly updating our websites and social media with all of our latest happenings. Helaina works closely with the regional and national press to keep them up to date with all of the latest news in the pageant world. Helaina is part of the ‘pageant dream team’ with Kelsey and Holly, and she also attends the national finals of the UK Galaxy Pageants, Miss Teen Great Britain, and The Pageant Girl Weekender.

Abby is our resident expert on pageant dresses! Abby works with The Dress Studio and knows everything there is to know about finding the perfect pageant dress. Abby definitely has the patience of a saint and is more than happy to go through hundreds of different styles with you, until you find the perfect gown. Abby has assisted many pageant girls in their dress selection, many of whom have gone on to win the crown! Abby can help you with any queries you may have! You can see more about The Dress Studio at www.dress-studio.co.uk